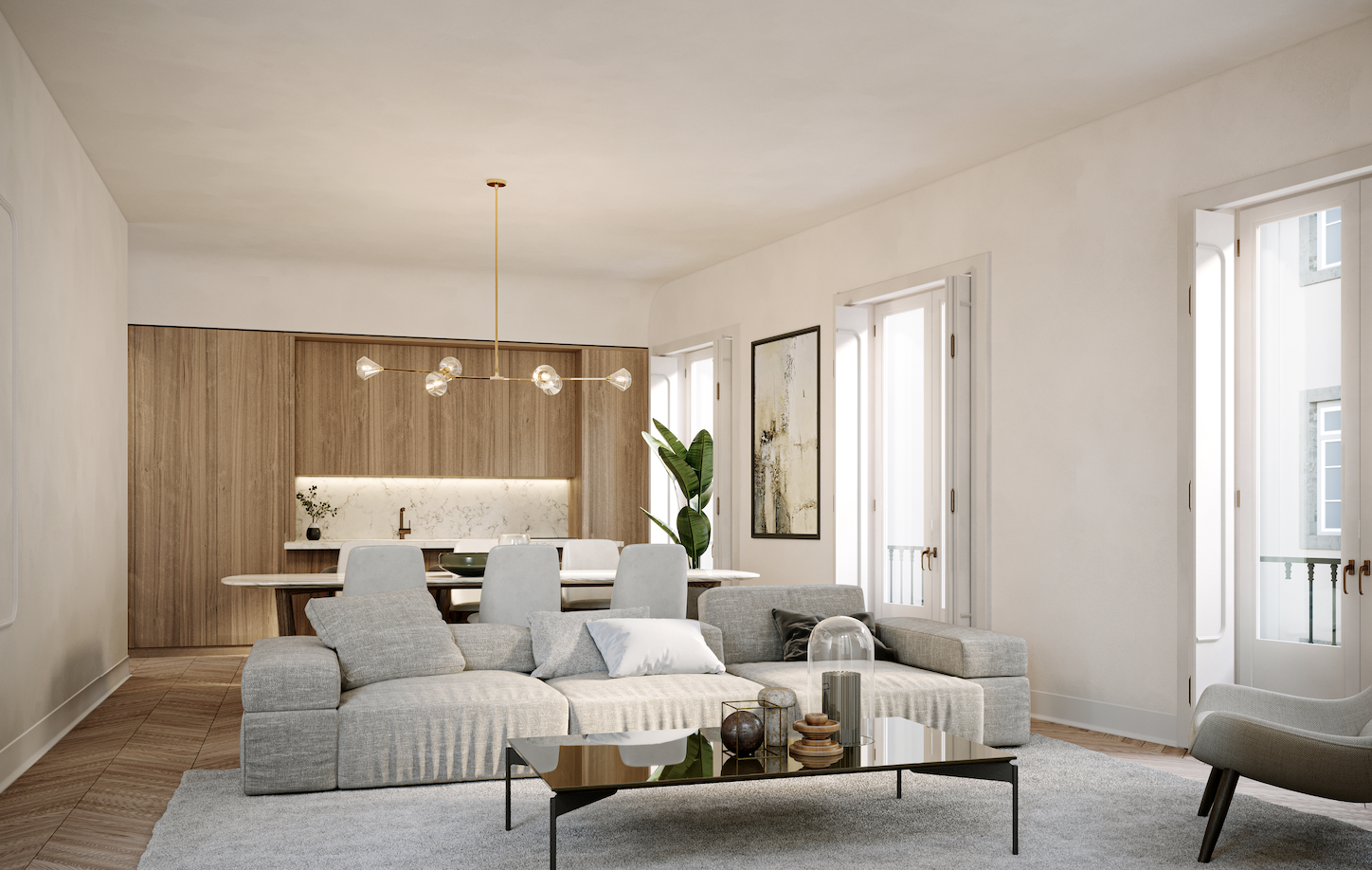 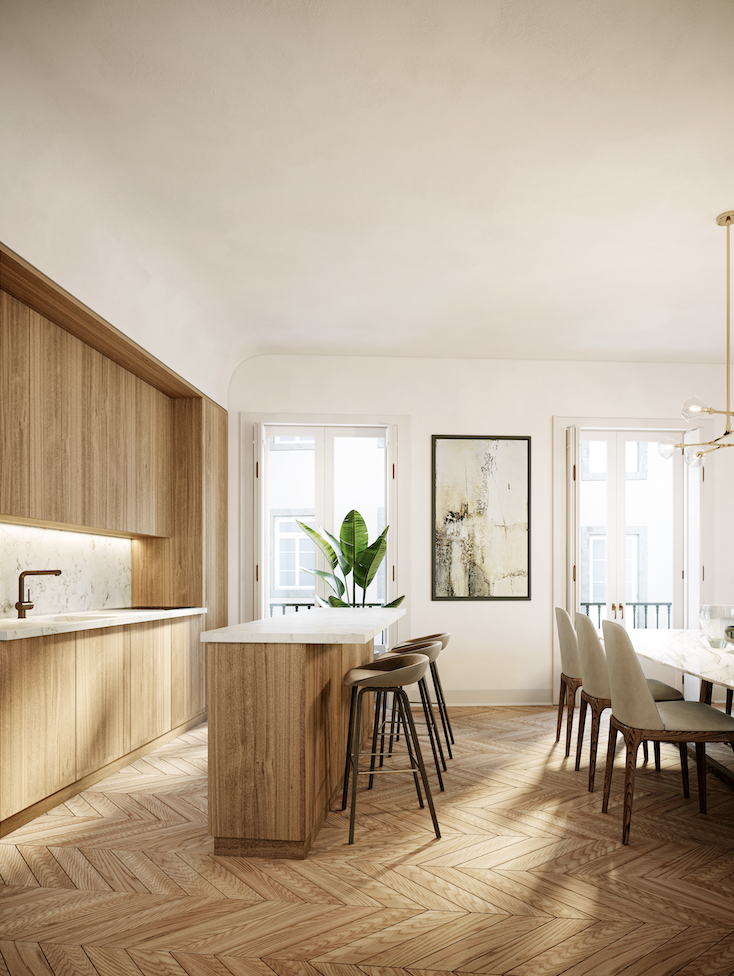 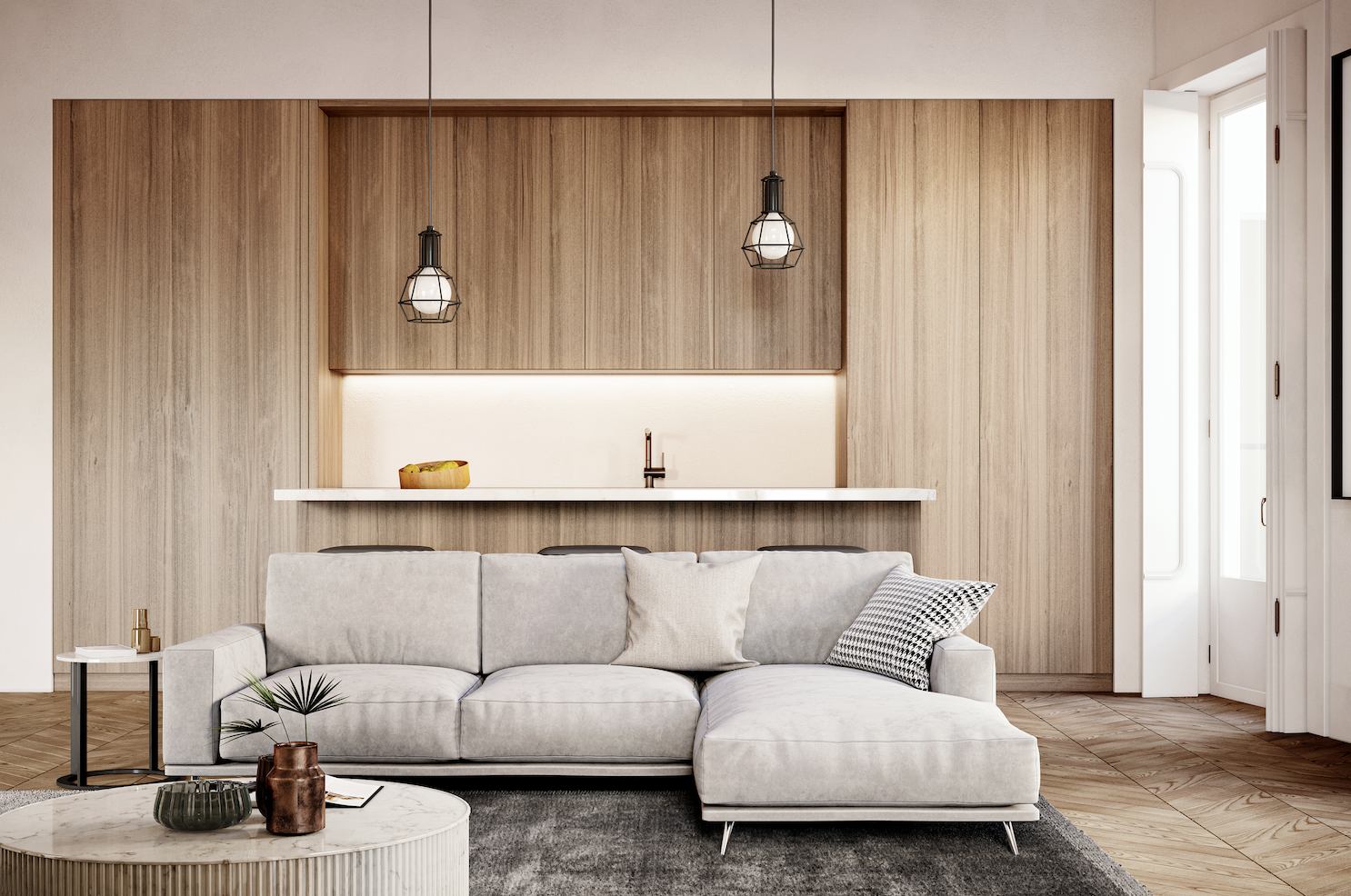 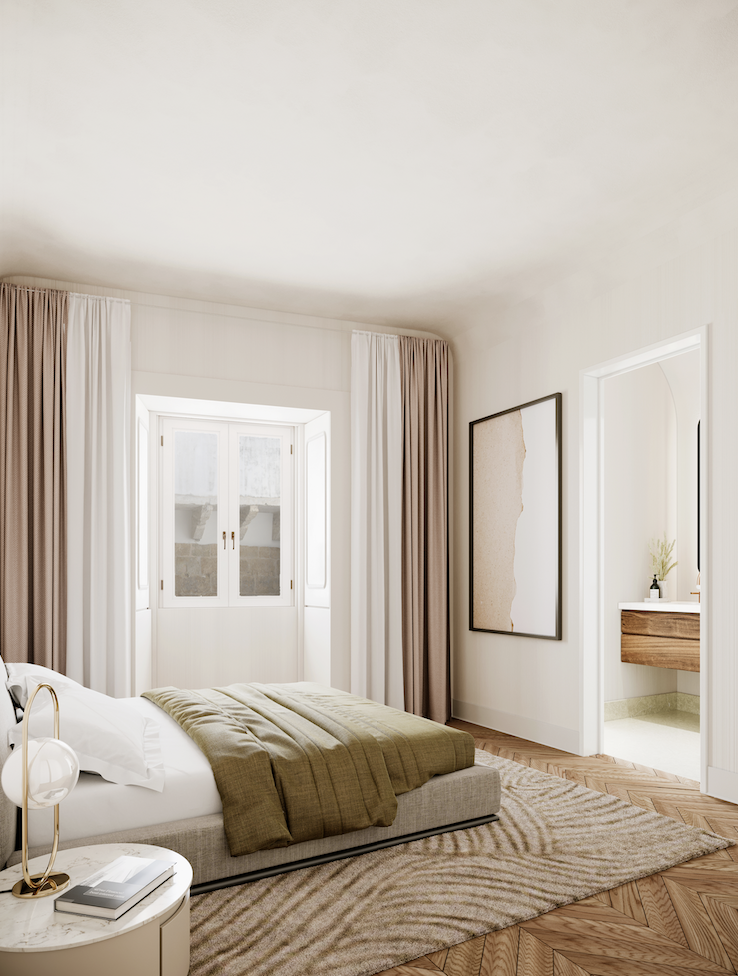 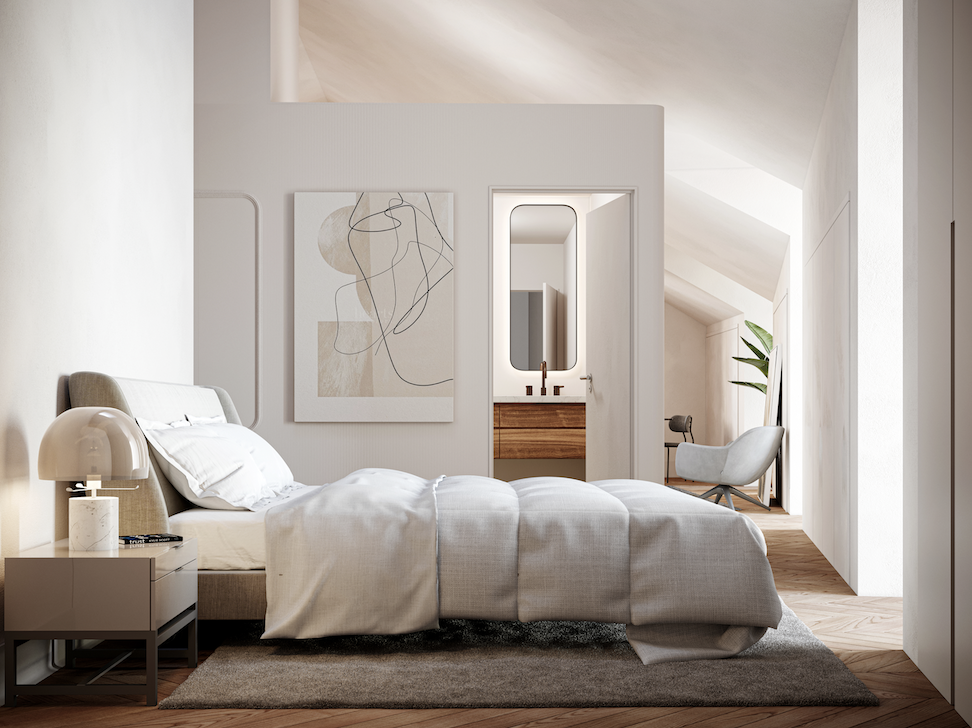 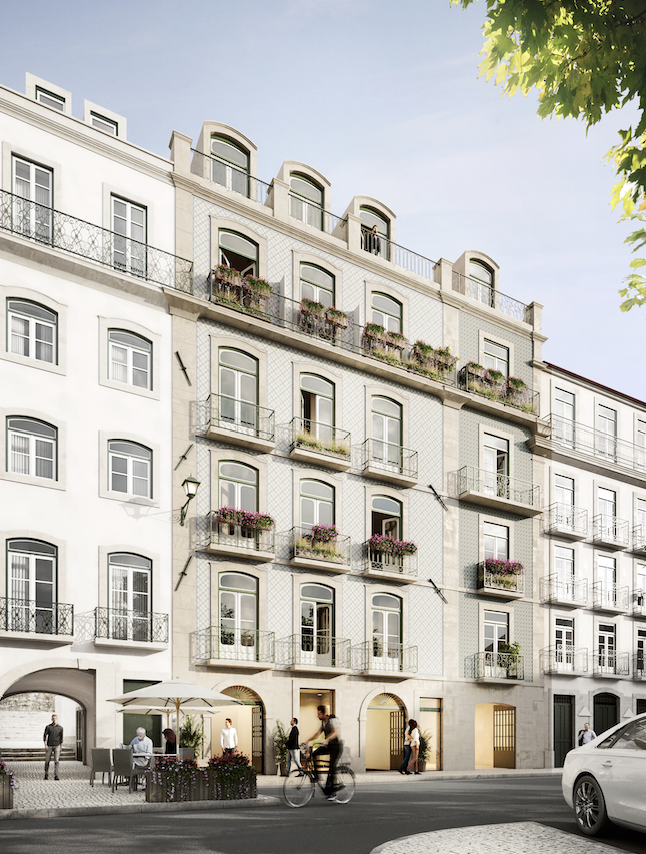 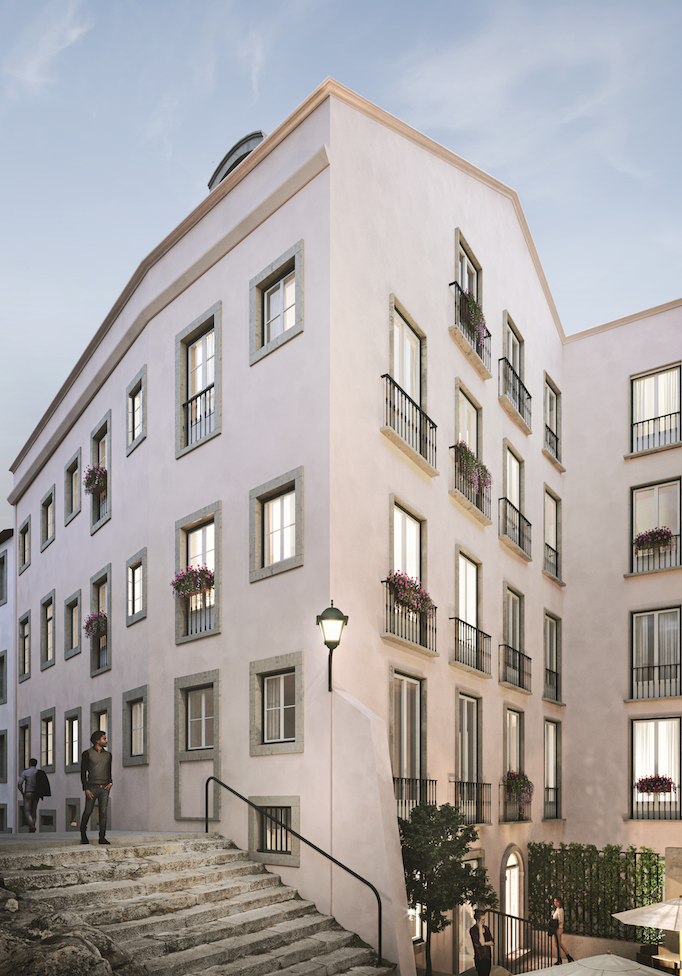 Apartment T2 inserted in a building with five floors, the last one being "attic", with elevator and equipped with solar panels.
The apartments were designed as contemporary versions of Pombaline functionalism. Fluid spaces with high ceilings and the absence of corridors make simplicity a virtue.
Comfort has been studied in every detail. The spacious and well-lit living rooms provide a convivial atmosphere and feature a built-in or open-plan kitchen. The rooms are all exterior facing and equipped with a private bathroom.
Light always plays the leading role and is sculpted as it floods the tall windows of the balconies, the dormer windows and the skylights engraved in typical Pombaline recesses.

Located in Alfama, down from the Cathedral, between Castelo and S. Francisco hills, next to Praça do Comércio in Cais das Colunas.
Next to Praça do Comércio, the vast landscaped esplanade of Campo
das Cebolas has become a place of choice for visitors and residents, to practice sports, chat or simply stroll along the Tagus.
Casa dos Bicos, headquarters of the José Saramago Foundation, is an example of the palaces that overlooked the river in the time of the Discoveries. The foundations of the old palace are based on an estate that covers from the Roman occupation to the 18th century.
In Campo das Cebolas we find other reminiscences of the
17th century Lisbon, like the Casa
das Varandas, a perfect illustration of how the city was superimposed on the earthquake.